Microsoft Xbox One X's strengths are:

Excellent console, I am not the biggest XBOX fan but it really is an excellent product. It has some very good exclusives and excellent performance

This console has stood up to drink spills, dust, months without being turned off and has still held its own we love it.

After living with an Xbox One X for more than a year, I believe that it offers the smoothest path to high-quality 4K HDR gaming — an amazing achievement for a sub-$500 device that's easy to set up and operate. All you need is a 4K TV with HDR compatibility to get started. Most new 4K TVs today will fit this criterion, regardless of their price point.

as the graphics and seamless gameplay to prove it.

The system has a custom-made processor (by AMD) with an octa-core design and massive memory bandwidth to thank for that. Dubbed Scorpio, it's paired with a speedy GPU and 12 GB of RAM for effortlessly smooth gameplay.

BUT IN MY Opinion where it really shines compared to competitors like the pS4 PRO is the Xbox Live online experience,

The Xbox One X is a great console where you can play certain 360 and original Xbox games and of course Xbox One X enhanced current titles. I would definitely recommend it to gamers who want the best graphics for their 3rd party games.

The Unforgiven rated Microsoft Xbox One X 4.0 out of 5 stars 13 months ago — Read full review

the power transformer is built into the box, requiring just a regular power cord to be used; I hated those bulky bricks that always seemed to take up too much space behind the cabinet, or on the floor. The aesthetics of the Xbox One X would be best described as 'modern minimalism'. It's not beautiful, nor is it ugly.

This console is a true performer. But was discontinued. 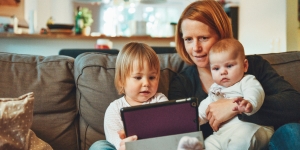